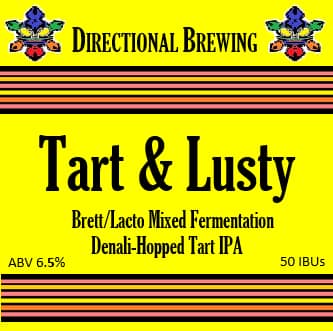 Brewed especially for the Boardwalk Beach Craftathon Beerfest, this tart IPA is based on Epic Brewing’s Tart & Juicy but gets it’s “tart” from a two month secondary with YB Melange blend brett/lacto. 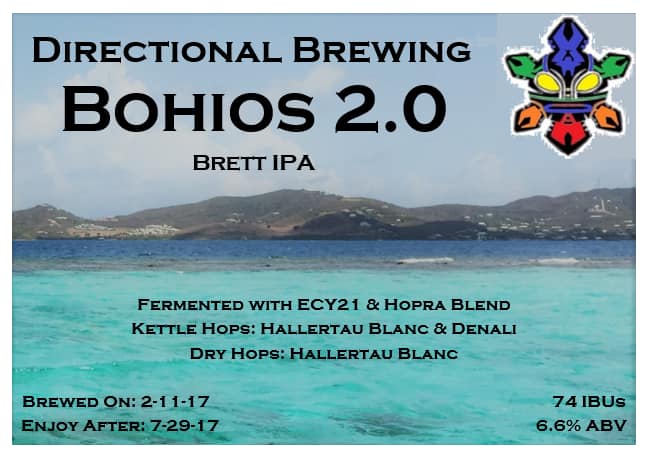 Brewed especially for the Boardwalk Beach Craftathon Beerfest, this standard pale ale os far from standard. It’s lighter in body and lower in alcohol making it perfect for the beach when you still want a satisfying beer

Adrien reviewed the SPIKE eHERMS experience on Tony’s system and how the brew was progressing so far. We hope to serve this at Gulf Brew later this month.

Jim added dimethylsulfide a.k.a. ‘DMS’ (which imparts a “creamed corn” or “canned vegetable” flavor and aroma) to Michelob Ultra. (because it is as close to water while still being officially a beer) We sampled and experienced the effect, and discussed the likely causes of DMS production and how to prevent it. This is usually due to an insufficiently long boil with some malts, particularly pilsner or recipes with added corn, and/or boiling with the lid on which allows the DMS that is boiling off to condense and re-enter the wort. It was noted that aroma is usually stronger and easier to detect than taste.

Jim reviewed the meeting between himself, Adrien and the ACA’s Francesca Alexander who is the new Gulf Brew organizer.

Adrien reviewed signage that we are trying to order for use at the event, roadside-flag, table throw, and pole banners in addition to beer signs made from registration info.

James reviewed the improvements Zeke is making to the Irish Coffin. We plan to add Nitro support along with two stout taps.

Jim B. reviewed member and officer expectations for both behavior, responsibilities, and cleanliness at the event.

Adrien reported that ACA will not allow us to sell merchandise at the event so we will not be making a t-shirt or ‘shwag’ order right away.

Jim B. reviewed that we will open the Mead category up to all meads to encourage more participation, and we will add 24C. Bierè de Garde to round out category 24. (we already were accepting 24A and 24B)

We confirmed we will be using Tony’s brewdio again for the competition.

Tim reported that he has obtained an 85 gallon fermenter, and we might want to consider a club-wide ‘brew-in’ where we all show up and brew the same basic style to try to fill the fermenter, then we split up the batch again and either rack to secondary as desired using dry-hopping or fruit and flavor additions, and custom yeast.

Chris & Bob thanked Adrien & Jim for helping judge their 2nd Annual David vs. Goliath competition and encouraged everyone to get certified as a BJCP judge noting that it is not terribly difficult to pass the certification exam.

Adrien also encouraged newbies to judge as a learning experience and Bob noted that brewing or judging experience is not required – you learn by doing. 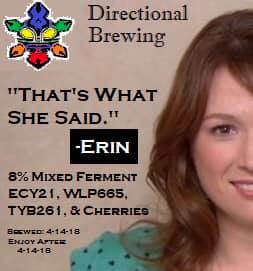 Erin is a big pilsner malt kolsch primary that received a pitch of Yeast Bay 261, White Labs Flemish Blend, and cherries. The bugs in the Flemish Blend will continue to develop over time. 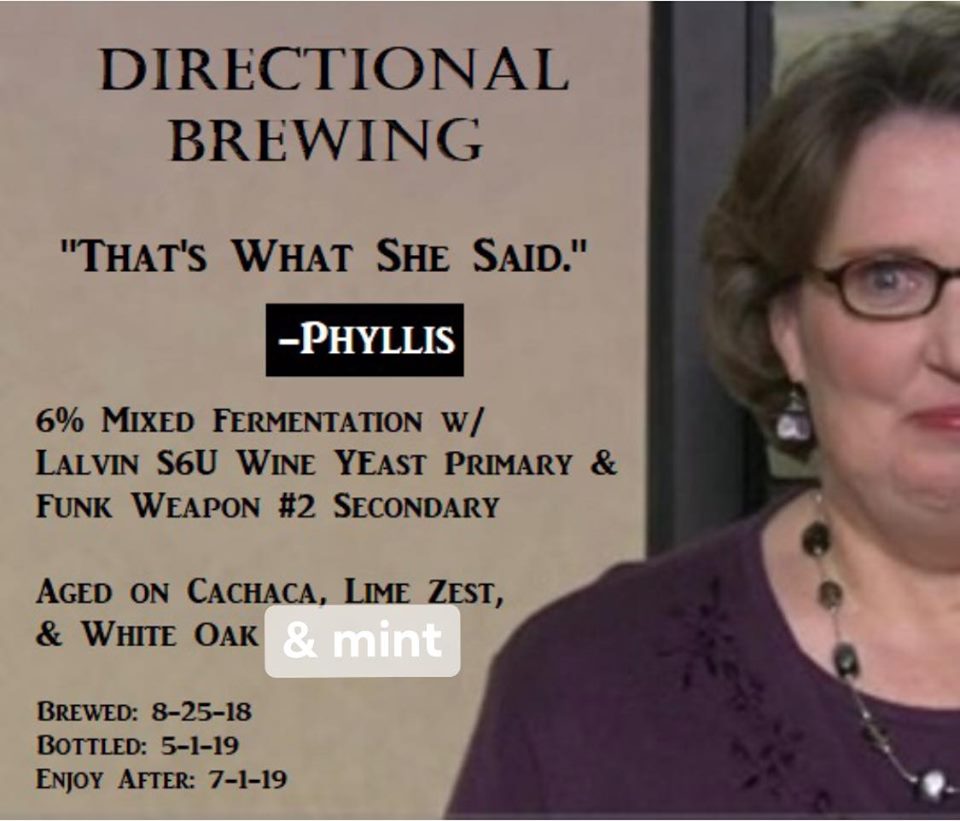 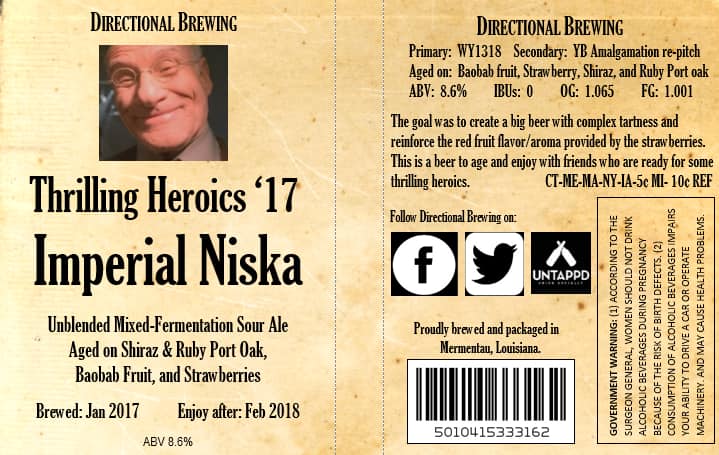 Niska is another in the Thrilling Heroics series. This beer utilized 1318 in primary and then was kegged on top of 2016 Jayne (Amalgamation) keg dregs. 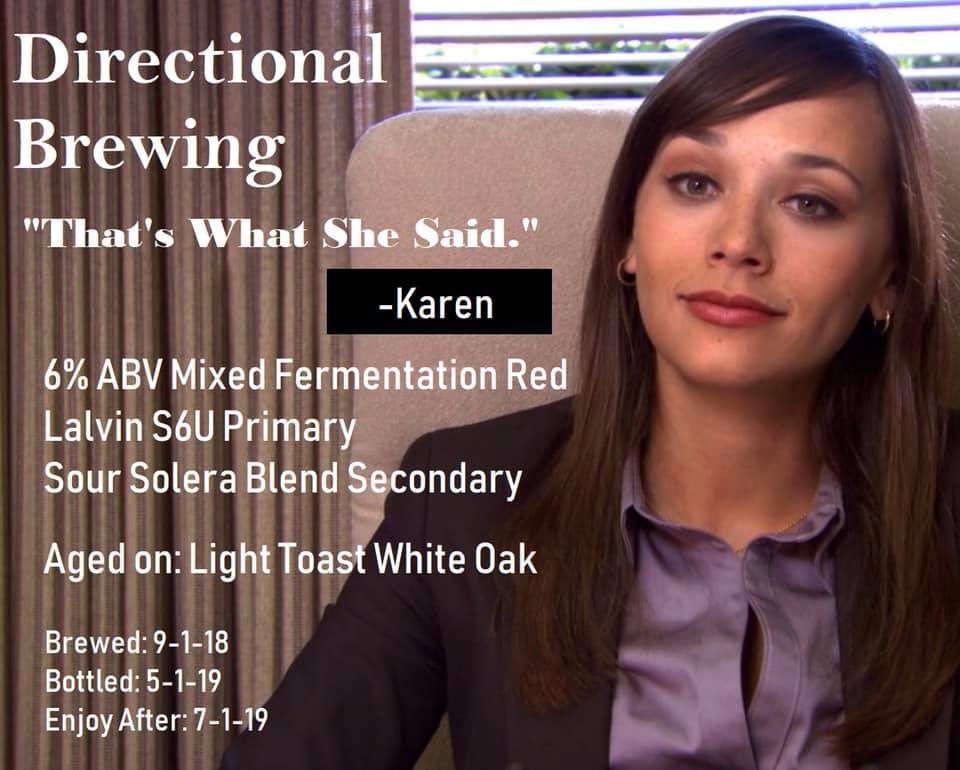